Published on 12th May 2018 in Uncategorized

The Division 3 Men’s Pennant final was an all Bendigo affair with our Blue team narrowly defeating our White team at Belvoir Park last Sunday. 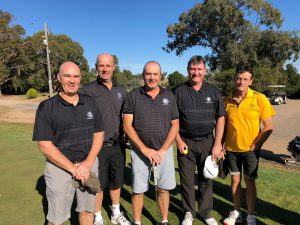 Congratulations to both teams…

Full details in this Newsletter:

← Back to previous page